The most popular size car in the 1930s was the Ten. All major manufacturers had one. The Austin Ten was introduced as an entirely new model in April 1932 and soon replaced the Seven as the best-selling Austin.

Effectively a small “big” car – with comfortable room for 4 passengers in a 4 door saloon, interconnected 4 wheel brakes, and a sturdy monobloc 4-cyl engine driving a 4-speed gearbox – the Ten was the epitome of all Austin qualities of that time – sturdy, reliable, cheap to run, elegant but not flashy.

The range was added to with the 2 seat and dickey tourer and a 4-door open tourer, a cabriolet, a Sports version and van. As with all the Austin range the Ten was updated frequently with improvements made during production and “new” models announced each year. Austin Tens with special bodies were built by Flewitt, Gordon, and Patrick.

The Ten was the model which Austin chose to advertise as a car suitable for ladies to drive. Perhaps they thought the larger models too unwieldy and the Seven too abrupt. 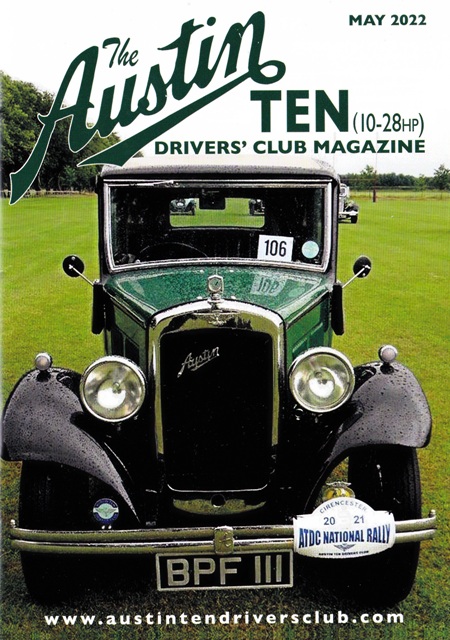